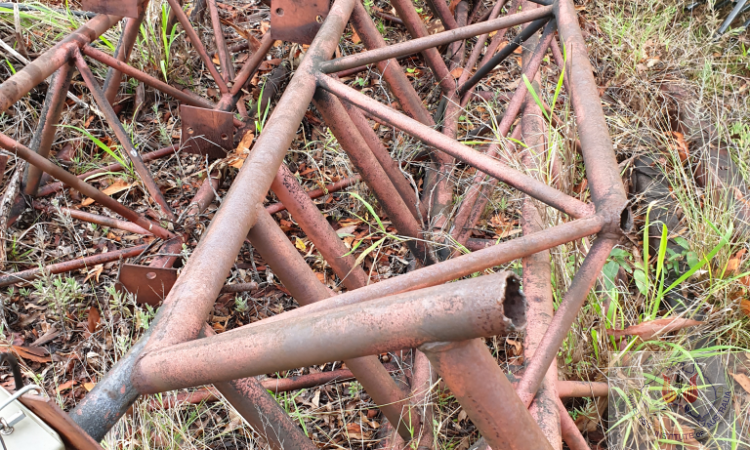 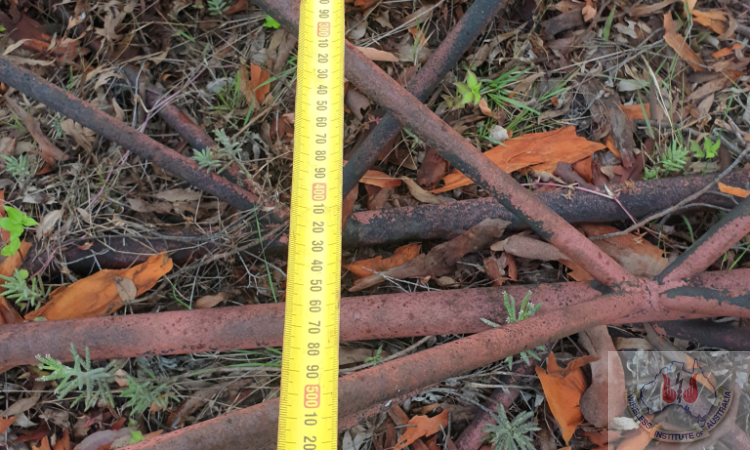 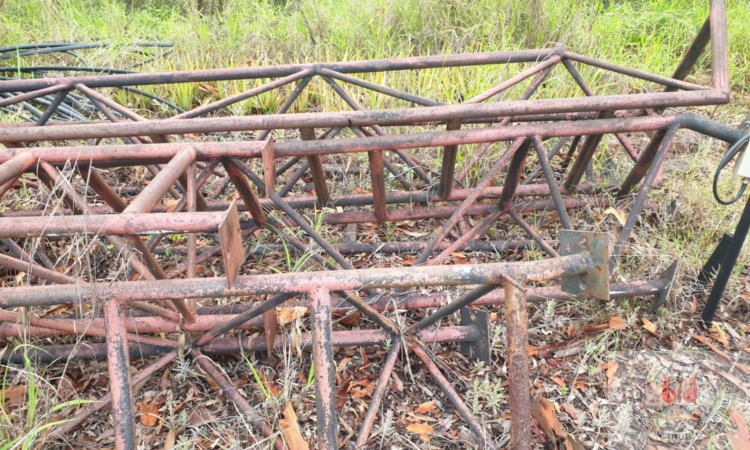 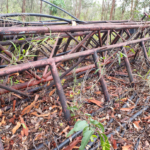 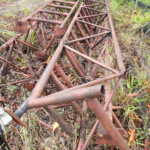 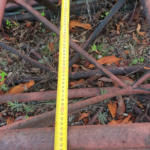 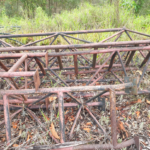 These robust tower sections come with a story, which I’m not sure if I believe, but an interesting story anyway. They came with a house that we recently moved into and the previous owner ran a Television Antenna manufacturing business. He was also an avid shortwave listener and had quite a few wire dipoles, both vertical and horizontal, strung up in trees. Some of these are still there today. He always had a dream of setting these sections up as a tower that would look out over Moreton Bay and run a gigantic log-periodic, as a much larger version of one of his TV antenna designs.  He went to the extent of concreting guy points and running underground coax to the proposed site.  The tower was never assembled. But these sections aren’t just about a man and his dream, the story also goes that these were originally part of the pavilion at the 1988 Brisbane World Expo. They protected thousands of people from the Brisbane storms and welcomed in a new age of thinking. A new age that soon moved us onto the Internet and put smartphones in most peoples hands.

The sections are thick-walled with 50mm OD tube making up the truss. The triangular trusses are approximately 580mm on each side and range from 7.2M to 9M in length. There are five of them so in total, they add up to about 40 M. These sections mounted end to end would make a phenomenal sight.

Unlike some things, age has definitely caused weary on these sections.  As you will note from the photos rust is very present. To the point that some sections and parts of sections are unusable. If you intend to turn these sections into a tower (and realise a man’s dream) pay incredibly strict attention to sections that retain strength and those that do not. Towers have collapsed causing injury and worse due to rust. Some areas are most definitely unusable. so please, be ruthless with which sections you use.

You will not get these out with your 6×4 trailer. You won’t even pick them up. You will likely need a crane truck or similar. There are many firms in Brisbane where HIABs or Cranetrucks can be hired. Access is tight.

Finally, these sections do not have mounting plates to directly fit or mount together, they will need to be carefully inspected for usability and usable parts welded. However, if you do not wish to make a monster tower out of these, you could use each section as a standalone tower (subject to rust).

As you’ll note from the grass, these sections have been in the yard for some time. I do hope that these sections can go to use somewhere and someone can get some joy from them.